The Art Cosmic: The Magic of Traditional Astrology - Signed Preorders! 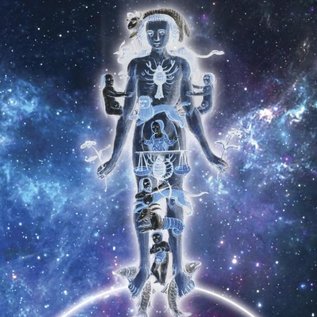 Astrology has been found in civilizations worldwide and throughout history. It has greatly influenced the philosophy, religion, art, and magic of Western culture and has inspired countless decisions and guided people in their daily lives. Traditional Western astrology differs from your typical daily Sun-sign horoscopes. While it still follows the course of the Zodiac through the Heavens, it grounds itself in the seven classical planets—great celestial spheres that the ancients gazed upon for guidance and wisdom.

Traditional astrology is a holistic framework that melds the influence of the stars with your experience here on Earth to help you understand the Cosmos, your place within it, and the power to transform your fate. With it, you can integrate the entire vision of the Heavens into your magical and divinatory practices, for traditional Astrology is the cosmic playing field upon which both magic and divination intertwine.

• The seven classical planets that form the basis of all astrology.

• The fundamentals of planetary magic, including a system of correspondences to use as a basis for        meaningful astrological spells, rituals, and workings.

• Potent magical rites for each of the seven planets.

• The planetary hours and the magic of timing your work according to the stars.

• Horary astrology: an illuminating method of divination using the horoscope.

• The divine power within the seven planets including gods, angels, and forces of nature.

The power of astrology is a path for humans to understand the sacred. You aren’t just naming stars. You are naming and discovering gods. You are seeking angels. You are seeing reflections of your own experience, your hopes and fears. By working with the systems of astrology and its magic, you can connect to the infinite chain of divinity in creation and find within your own microcosmic soul that golden light that tethers you to the macrocosmic soul of the All!