Satyr Statue - 7.4 inches Tall in Bronze - Made in Greece

Home / Satyr Statue - 7.4 inches Tall in Bronze - Made in Greece

This altar statue was imported from Greece and created by Greek artists in honor of the Old Gods. In Greek mythology satyrs are a troop of male companions of Pan and Dionysus that roamed the woods and mountains. The word Satire, meaning human follies or m 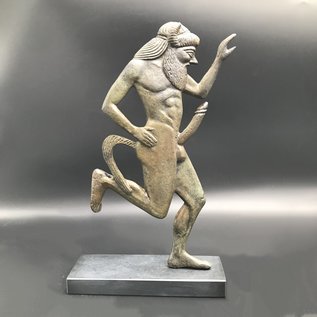