King Arthur And The Goddess Of The Land: The Divine Feminine In The Mabinogion

Home / King Arthur And The Goddess Of The Land: The Divine Feminine In The Mabinogion

King Arthur and the Goddess of the Land: The Divine Feminine in the Mabinogion 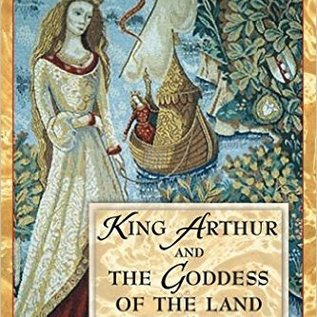 $16.95 Excl. tax
Brand:
OMEN
Reveals how the ancient Celtic text of the Mabinogion was the mythical predecessor to the legends of King Arthur.

• Revised edition of Arthur and the Sovereignty of Britain (UK) that includes the author's latest research and insights.

• A comprehensive reader's companion with synopsis of stories and full commentary.

The ancient Celtic stories of the Mabinogion have received universal recognition from scholars as both sources of the Arthurian legend and keys to insights into the ancient magic of the Celtic Otherworld. Now renowned Celtic scholar Caitlín Matthews, drawing on a full range of medieval texts and ancient Welsh writings, provides a fully revised and updated reader's guide to these rich and far-reaching tales.