High Magic Of Talismans And Amulets: Tradition And Craft

Home / High Magic Of Talismans And Amulets: Tradition And Craft 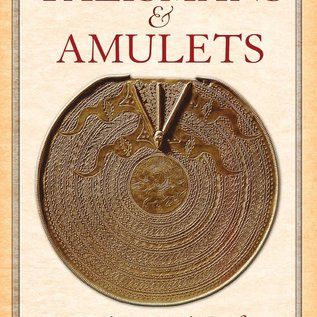 $24.95 Excl. tax
Brand:
OMEN
A comprehensive study of the use of talismans and amulets in the Western Mystery Tradition

• Provides an in-depth look at the medieval and Renaissance use of amulets and talismans, including the work of Agrippa, Albertus Magnus, and Athanasius Kircher

• Provides a full summary of the magical knowledge required to make an amulet or talisman, including the invocations required to activate their powers

• Reviews different kinds of amulets and talismans, from ancient jewelry and magical objects to the modern rabbit’s foot or lucky horseshoe

The use of talismans and amulets stretches back nearly to the dawn of man, from everyday items magically prepared, such as horns or coins, to intricate and beautiful jewelry imbued with protective powers.

Drawing on his private collection of medieval manuscripts as well as his privileged access to the rare book archives of major European universities, Claude Lecouteux provides a comprehensive history of the use of talismans and amulets for protection, healing, and divine influence. He explores their use in the Western Mystery Tradition as well as Eastern and Middle Eastern beliefs about these magical objects and their incorporation—despite Church anathema—into the Christian tradition of Medieval Europe. Reviewing many different kinds of amulets and talismans used throughout the ages, such as a rabbit’s foot, horseshoe, gris-gris bag, or an inscribed parchment charged through ritual, he details the principles and symbology behind each object and shows that their use is still as widespread today as any time in the past.

Lecouteux explains the high magic behind the hermetic art of crafting amulets and talismans: the chains of sympathy, astrological geography, and the invocations required to activate their powers. He explores the work of adepts such as Agrippa, Albertus Magnus, and Athanasius Kircher, including an in-depth look at Kircher’s work on planetary seals in his Oedipus Aegyptiacus.

Illustrated throughout with period art depicting magical symbols, seals, and a wide array of talismans and amulets, this comprehensive study provides a practical guide to the historical development and step-by-step creation of magical objects.