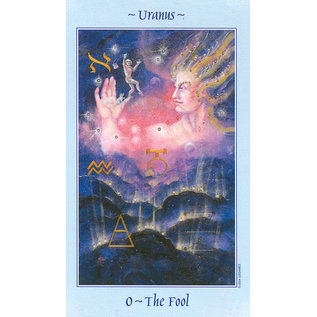 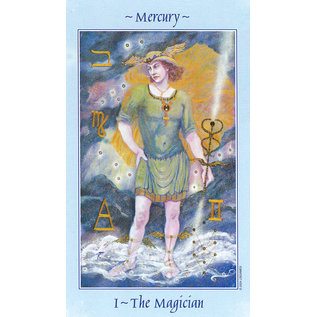 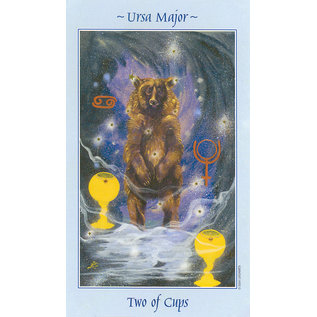 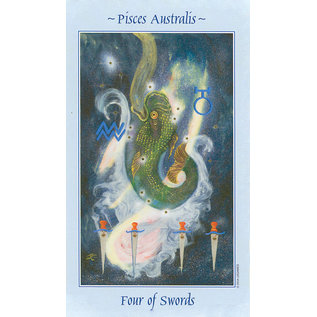 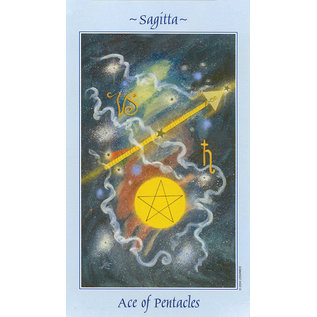 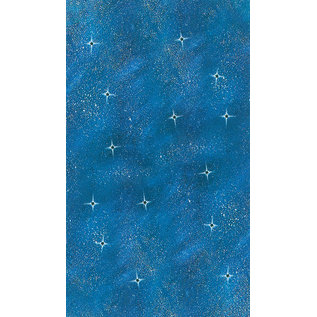 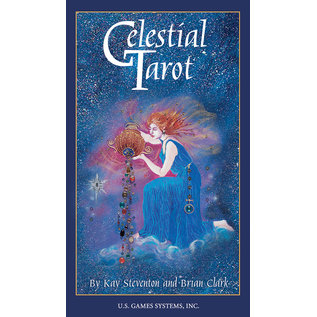 Celestial Tarot is both a handbook of the heavens and an oracular guide to the inner life. The twenty-two cards of the Major Arcana are represented by the twelve zodiacal constellations and ten planets. Each minor suit represents one of the four astrological elements. The accompanying booklet introduces the greater mysteries with a chart of astrological and elemental correspondences. The descriptions of the cards explore the mythological archetypes represented in the major and minor arcana, brought to life by the exquisite artwork of Kay Steventon.

Embedded in the night sky are archetypal images, symbols, and stories that have enchanted the human soul for aeons. Onto this sanctuary of the sky the sky the ancients projected their imagination using the star-patterns to animate their myths and create the skyscape that shapes the imagery of Celestial Tarot. Underpinning the seventy-eight cards of Celestial Tarot are the ancient traditions of astrology, astronomy, and mythology. Celestial Tarot makes a great impact as it not only amplifies and broadens the meaning of the contemporary cards but it also utilizes the oldest forms of divination. Brian Clark, Introducing Celestial Tarot