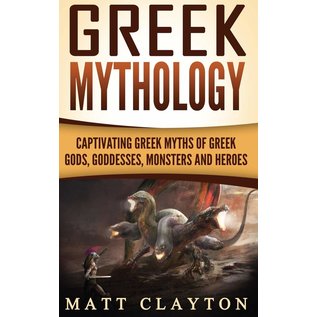 Explore Captivating Myths of the Greek Gods and HeroesAlthough the Greek gods and goddesses were powerful immortal beings, they were in many ways still very like the humans who worshiped them. The gods and goddesses are stricken with jealousy; they fall in love; they get angry when they feel slighted, and bestow gifts when they are honored. Likewise, the heroes are larger than life: they're stronger, faster, and more skilled than ordinary mortals, but they are still subject to pain, illness, and death.This book on Greek mythology will take you on a captivating journey so you can experience the enjoyment of the entertaining stories while also learning about the Greek myths that lie at the roots of Western language, culture, and civilization.Within this book, you'll find the following Greek myths and topics covered The Creation of the Titans The Birth of the Olympians and the Downfall of the Titans Prometheus and Epimetheus The Birth of the Muses The Olympian Gods and Goddesses Hera, Queen of the Gods Hermes, Trickster, and Messenger of the Gods Grey-Eyed Athena, Goddess of Wisdom and Strategy Hephaestus, God of Fire and Smithcraft Artemis, Virgin Goddess of the Hunt Apollo, God of Music and Healing Dionysus, God of Wine and Ritual Madness Ares, God of War, and Aphrodite, Goddess of Love The Story of Demeter and Persephone Demigods, Heroes, and Monsters The Story of Perseus Heracles Theseus and the Minotaur Get the book now and learn more about Greek mythology