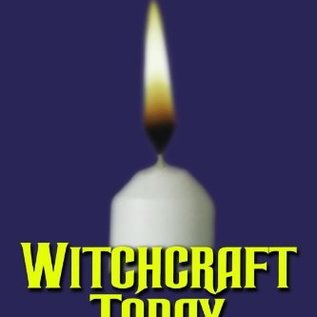 $12.95 Excl. tax
Brand:
OMEN
An expanded edition of the quintessential Wiccan classic written by the father of the pagan renaissance.

First published in 1954, this landmark exploration of Wicca inspired a passionate revival of interest in indigenous British religion and led to the rebirth of a way of life. Encompassing an explanation of Wiccan rituals and tenents, as well as a comprehensive study of occult practices worldwide and throughout the ages, Witchcraft Today is a book that “belongs on the bookshelf of every Witch and every person … interested in the whole vast field of the occult” (Raymond Buckland, author of Wicca for Life).

This special expanded edition of the historic volume, reissued in celebration of its 50th anniversary, includes the original introduction written for the book by Dr. Margaret Murray, former president of the British Folklore Society and the author of influential books on Witchcraft. It also includes new material by contemporary practitioners and scholars:

·         Judy Harrow, author of Wicca Covens and Devoted to You, discusses the context of Gardner’s life and work and gives an analysis of his published sources as well as which later books carry on the major themes., ·         Ronald Hutton, eminent historian and author of Triumph of the Moon, looks at Gardner’s life and times., ·         Wren Walker, coproducer of the Witches’ Voice website, shares her observations about Wicca today., ·         Graduate student Tara Nelson looks into the religion’s possible future.

This audacious work is a must-read for anyone fascinated by the ancient practice of Witchcraft, or by its growing influence on contemporary culture, including references to the practice of Wicca on TV and in movies, and courses that teaches its principles in mainstream academic institutions. Combining an exploration of the often-secret past of Witches with a look at its current practice, Witchcraft Today is an essential tool to be used for study, reflection, inspiration, and transformative ideas.