The Spiritual Science of the Stars: A Guide to the Architecture of the Spirit - by Pete Stewart

Home / The Spiritual Science of the Stars: A Guide to the Architecture of the Spirit - by Pete Stewart 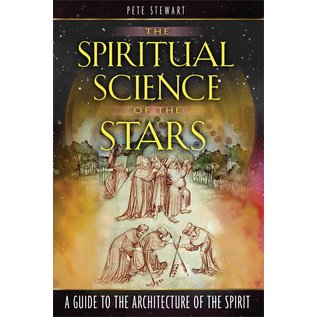 • Shows how ancient myths contain a sophisticated understanding of our relationship to the cosmos, derived from thousands of years of observation of the night sky

Thousands of years before the first written records, humans were turning to the night sky as a source of meaning for existence and their place within it. The conclusions drawn from these observations are embodied in stories from across the world known as Creation Myths. Contrary to the popular belief that these myths were meant to explain the origins of the universe, Pete Stewart shows that they were actually designed to create a harmony and order in the lives of humans that reflected, in their society and architecture, the ordered patterns they saw evidenced in the sky. These ancient myths also record, in the story of "the separation of Heaven and Earth," the discovery of a disastrous discord in this ancient harmony, which the mythmakers overcame by imagining a vastly expanded architecture, one in which the individual soul had a role to play in the evolution of the cosmos. Today science presents a similar challenge to our sense of meaning. Stewart explores how, by reexamining the myths of creation in this light, we can learn how contemporary cosmology might yield a new architecture for the spirit and how the ancient sense of being in the cosmos might be reconstructed for our age.