Science and the Afterlife Experience: Evidence for the Immortality of Consciousness - by Chris Carter

Home / Science and the Afterlife Experience: Evidence for the Immortality of Consciousness - by Chris Carter

Reveals the evidence of life beyond death… 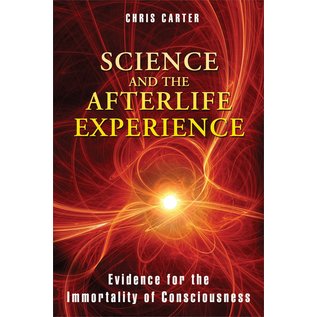 Reveals the evidence of life beyond death

• Examines 125 years of scientific research into reincarnation, apparitions, and communication with the dead showing these phenomena are real

In this book, Chris Carter shows that evidence of life beyond death exists and has been around for millennia, predating any organized religion. Focusing on three key phenomena--reincarnation, apparitions, and communications from the dead--Carter reveals 125 years of documented scientific studies by independent researchers and the British and American Societies for Psychical Research that rule out hoaxes, fraud, and hallucinations and prove these afterlife phenomena are real.

The author examines historic and modern accounts of detailed past-life memories, visits from the deceased, and communications with the dead via medium and automatic writing as well as the scientific methods used to confirm these experiences. He explains how these findings on the afterlife have been ignored and denied because they are incompatible with the prevailing doctrine of materialism. Sharing messages from the dead themselves describing the afterlife, Carter reveals how consciousness exists outside the parameters of biological evolution and emerges through the medium of the brain to use the physical world as a springboard for growth. After death, souls can advance to higher planes of consciousness or manifest once again on Earth. Carter’s rigorous argument proves--beyond *any* reasonable doubt--not only that consciousness survives death and continues in the afterlife, but that it precedes birth as well.