Phallus: The 17th-Century Manual on the Art of Concealment (Original)

Home / Phallus: The 17th-Century Manual on the Art of Concealment (Original) 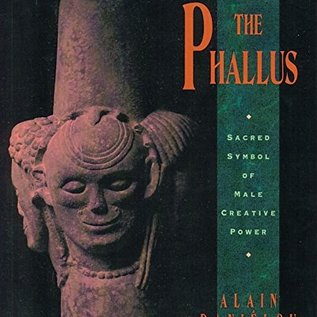 $19.95 Excl. tax
Brand:
OMEN
Beginning with an overview of the symbolism of creative forces in general, The Phallus first examines the representation of male fertility in such forms as the menhirs or standing stones of prehistoric Europe; the Mahalinga and Svayambhu of India; and the ancient Greek Omphalos. The second part of the book surveys the presence of ithyphallic gods in archaic shamanistic religions (the Lord of the Animals), the Greek pantheon (Hermes, Priapus), and the Hindu deities (Ardhanarishvara, the androgyne). Danielou also explores the role of Shaivist and Dionysian initiatory rites in bringing men into communion with the creative forces of life. Illustrated throughout with photographs and line drawings of European and Indian art, The Phallus celebrates the expression of the masculine in the religious traditions of East and West.