Oracles of the Dead: Ancient Techniques for Predicting the Future

Home / Oracles of the Dead: Ancient Techniques for Predicting the Future 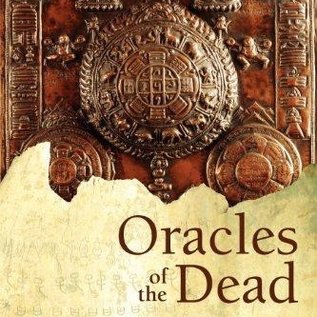 $19.95 Excl. tax
Brand:
OMEN
An examination of the shadow side of prophecy in human history and our attitudes toward fate and predicting the future

Many methods for predicting the future, such as tarot, runes, the I Ching, and other divinatory oracles, can be traced back to ancient cultures. In Oracles of the Dead Robert Temple examines the Greek and Roman traditions and techniques of divination and compares them to those of ancient China. He reveals the real physical location of the "hell" of the ancient Greeks—known in antiquity as the Oracle of the Dead and used for séances intended to contact the spirits of the dead—and provides photographs from his explorations there.

Relating them to the ancient belief in the Oracle of the Dead, Temple examines the various mysteries associated with Delphi and the other oracles of the ancient world and explains how they were used to allow visitors to experience contact with the divine. Furthermore, his examination of the Chinese oracular system shows how the latest developments in science are validating the system of the I Ching.