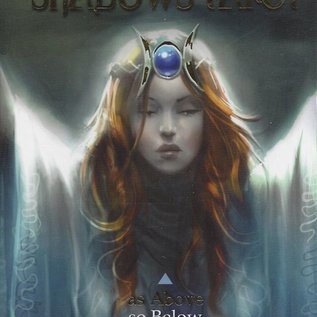 $28.99 Excl. tax
Brand:
OMEN
As Above, volume one within The Book of Shadows Tarot Kit, is now available as a standalone deck. This powerful tarot is lovingly crafted upon Wiccan beliefs and practices. On this magical journey, you’ll encounter beautiful gods and godesses, joyous Sabbat celebrations, spell-weaving rites, and vivid scenes central to Pagan spirituality. From the suits―represented by air, fire, water, and earth―to the major arcana, the tarot’s overall structure is built upon Wiccan themes.

The second volume, So Below, will be released in May 2013.