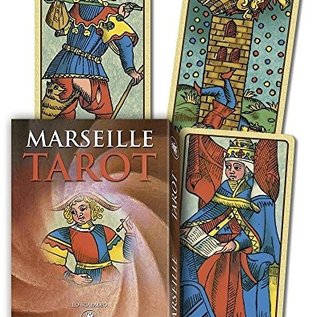 $19.99 Excl. tax
Brand:
OMEN
The new large-size Grand Trumps edition of an eminent and historic tarot packaged in a hard box! Used by the greatest esotericists of the previous century, the Marseille Tarot helped build the foundation on which our modern understanding is based. Now the classic tarot’s majors have been assembled into this beautiful and high-quality deck, allowing you to divine the answers to your biggest questions. With it, you’ll discover ancient symbols going back to the origins of Kabbalah, astrology, numerology, and alchemy.