A rabbi reveals the profound astrological tradition to be found in the Kabbalah, Bible, Talmud, and Midrash.… 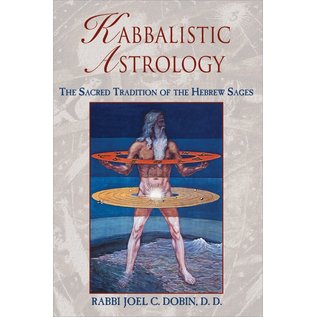 A rabbi reveals the profound astrological tradition to be found in the Kabbalah, Bible, Talmud, and Midrash.

• A thorough explanation of the most sophisticated system of astrology known.

• More than 30 tables and charts for doing readings and creating horoscopes.

• New edition of Astrological Secrets of the Hebrew Sages.

The ancient Hebrews developed the richest and most sophisticated system of astrology known in the Western world, but this practice has been almost completely forgotten. Now Joel Dobin, an ordained rabbi and practicing astrologer, brings to light the wealth of astrological information in the Kabbalah, Bible, Talmud, and Midrash, revealing a profound tradition as valuable today as it was millennia ago. Key to this astrological system is the Kabbalah—the Jewish mystery tradition—in which the sacred Tree of Life links the influences of the twelve zodiacal constellations and seven planets to specific letters of the Hebrew alphabet, creating a unique method for constructing horoscopes. Analyses of the zodiac according to the rulerships of the sons of Jacob, the importance of solar and lunar directions and masculine and feminine influences, and the paradigm-shifting nature of the Jupiter-Saturn conjunction (next scheduled for 2001) are all explored for their impact on global and personal destiny. More than 30 tables and charts put all the information needed for doing astrological readings at your fingertips.