An Encyclopaedia of Occultism - by Lewis Spence

Home / An Encyclopaedia of Occultism - by Lewis Spence 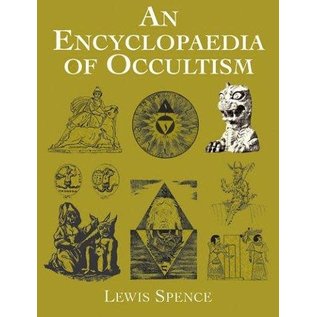 The most famous compendium of information on the occult and the first comprehensive work of its kind, this volume originally appeared in 1920. Subtitled "A Compendium of Information on the Occult Sciences, Occult Personalities, Psychic Science, Magic, Demonology, Spiritism, Mysticism and Metaphysics," it was compiled by Lewis Spence, the author of numerous books on folklore, mythology and occult-related subjects. Its 2,500 dictionary-style entries (many of which run to several pages) range from well-known terms ("abracadabra," "poltergeist," "spells," "vampire") to more arcane topics, and include listings for historical figures with ties to the occult such as Nostradamus, John Dee, Mary Baker Eddy, and Catherine de Medici. An oft-cited resource and a classic of its genre, this edition promises to enjoy an instant and lasting popularity.